The Miranda warning (or Miranda rights) is the first thing you think of when wondering “what do police say when they arrest you?” However, this is the US version of what we know as the police caution. In the UK, we have similar laws when it comes to your rights to remain silent. This is also known as the privilege against self-incrimination.

It’s important to note there are five major points police must say when arresting you in the UK. In this post, HNK Solicitors will highlight what do police say when they arrest you and how it can affect the outcome of the criminal procedure. 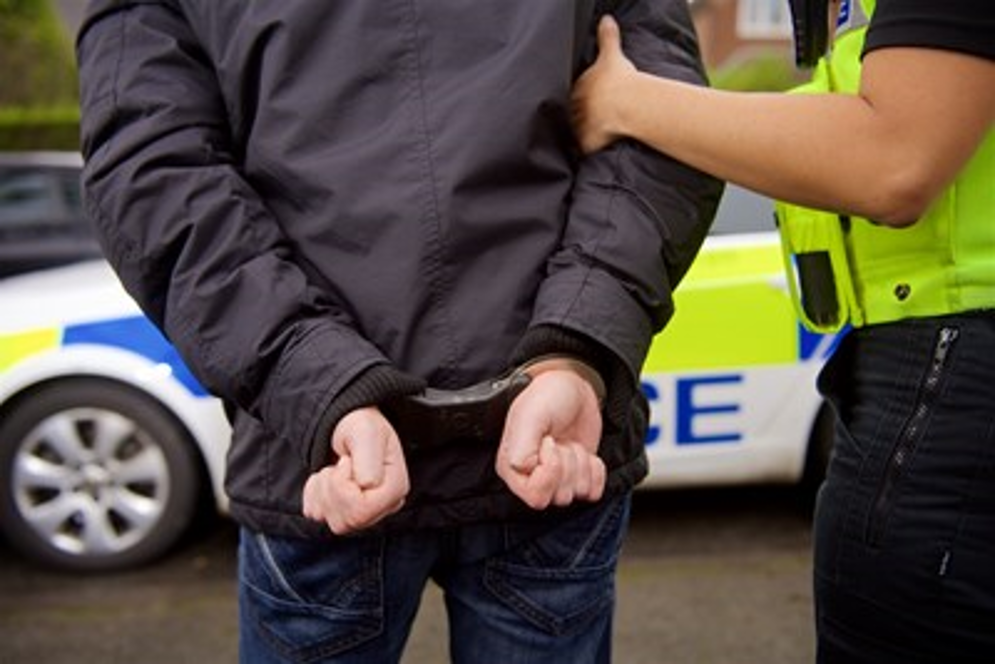 What do police say when they arrest you?

Being arrested is a serious moment and during this time there are certain procedures police must follow. Failure to do so can make the arrest unlawful. An arresting officer must always state the following three points as soon as practicable after an arrest:

They may then state the police caution: “You do not have to say anything. But, it may harm your defence if you do not mention when questioned something which you later rely on in court. Anything you do say may be given in evidence.” either during your arrest of before questioning.

Once you have been taken to a police station, you will be searched and held in a cell. The arresting officer should let you know all of your rights, these include:

Failure to give you all of this information constitutes police misconduct and can be used as evidence when making a civil action against the police claim. Visit our post for a more in-depth look into what should (and shouldn’t) happen at a police interview. Knowing your rights is pivotal to the process as not all police follow the codes of practice. 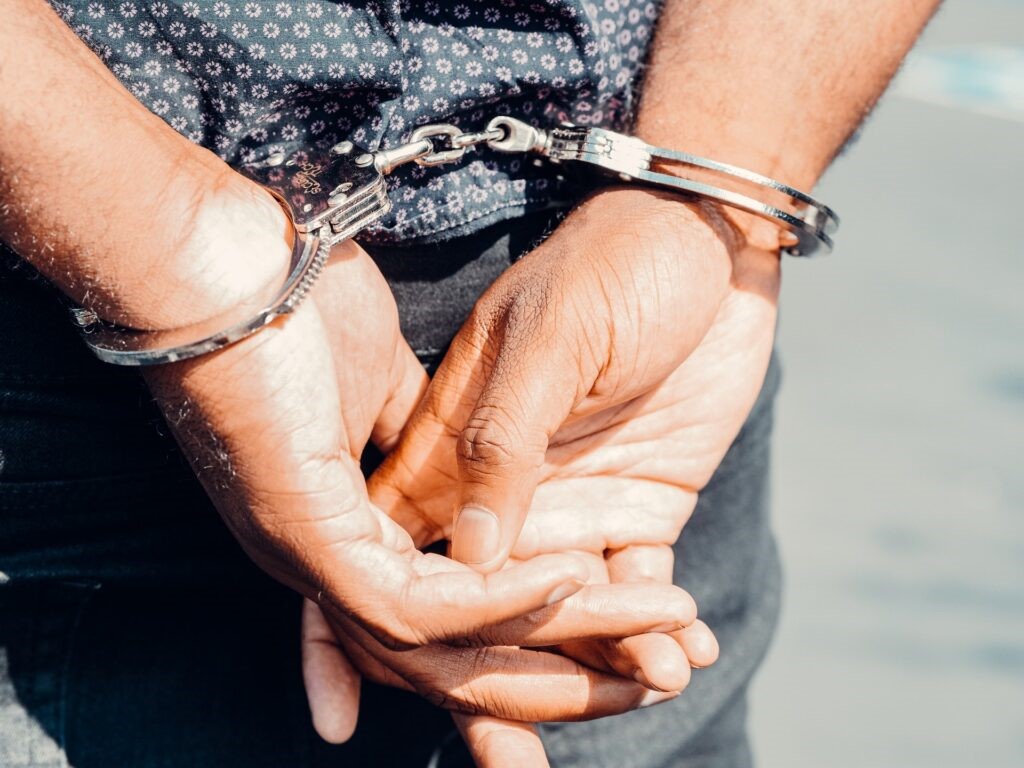 The Police and Criminal Evidence (PACE) Act 1984 is a legislative framework for the powers of police officers in England and Wales. It provides codes of practice for police powers when combatting crime and must be followed at all times. Any failure to do so can result in a civil action against the police claim.

In order to conduct a lawful arrest, the two limbs of section 24 of the PACE act must be met. A police officer can arrest a person without a warrant if they have reasonable grounds to suspect that person of being guilty of a crime and this arrest is only exercisable if there are reasonable grounds for believing an arrest is necessary. If either of the two branches are not met, the arrest is deemed unlawful. The same goes for meeting the verbal procedure of arrest.

HNK are happy to answer these questions, like ‘what do police say when they arrest you?’ and offer advice to those who may believe they have experienced police misconduct. Whether that be during arrest, at a police interview or whilst in the custody of the police. This case study offers more information on the standards necessary for a lawful stop and search.

If you have been subjected to police misconduct, contact our actions against the police department on 0151 203 1104 or email – enquiries@hnksolicitors.com to see if we can assist with obtaining compensation on your behalf.

Previous PostCan personal data be shared without permission?Next PostDo you have to stop for an unmarked police car?
0Shares
Actions against the police 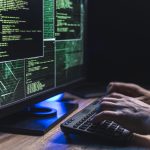 What is a personal data breach?
December 2, 2022Kirsty Broughton

Charlie Abbott
10:17 30 Jan 23
I received a fantastic, professional service from start to finish. Most importantly I got the justice I deserved due to the hard work of my case handler Lyne Hughes. I would highly recommend Higgs Newton Kenyon Solicitors.

Aaron McLeod
18:34 15 Nov 22
Fantastic solicitors, they explained everything to me in great detail, I understood everything they said, always kind and well mannered on the phone and email, great experience with them. Will definitely use them again if need be in the future.

Funandplayful carmella
17:48 10 Nov 22
Highly professional & thorough. I'm very happy with the service this firm provided & empathy shown & seeking justice on our behalf thank you for all that worked on my case especially Mrs L Hughes.

robin mohamed
18:27 18 Oct 22
Higgs Newton Kenyon took on my case when others had said they would not. The Paralegal kept me updated as things progressed and I am very impressed with the outcome and the overall handling of my case.Once again thank you for your services and I would highly recommend.

Wonders of London
08:53 23 Sep 22
They helped us with a claim against police for false imprisonment (stop and search). Very happy with the level of service provided and with the settlement achieved. We will now use the money we got to help someone in need here in London.

yard ski
12:33 23 Jul 22
I would recommend HNK solicitors as they offer a first class professional service. Call back's and emails to update me with my case and the staff were excellent. Thank you Helen and the team.

Mohammed Abdelmoniem
16:29 11 Jan 22
Absolutely an amazing firm and I would highly recommend them to anyone who has a similar case. I was wrongfully arrested for a crime that I did not do and I approached this firm HNK Solictors for some help and support. After viewing all the evidence, they took the case on. It took a year for the amazing good news to come out. Their hard work and dedication including their professional skills and expertise, has given me the result that I was hoping for. Vivian Lee was amazing and her professional manner in which she dealt with me and the case was remarkable. Well done, Vivian and keep up the good work. Fantastic work!

Ansar Hussain
15:16 24 Nov 21
Absolutely amazing firm took my case on against the police after wrongful arrest and detention. They were very professional,informative and efficient. As I was advised by them that I had a strong chance of success and success is what they delivered. Jessica Smith thank you for all your hard work.

Maddox Xx
12:03 23 Nov 21
Brilliant Firm and people to deal with, Jessica and the team were professional, i could not thank them enough for resolving my case in a timely manner and keeping me updated through out the whole process. Highly recommend them

Jon Barnes
23:17 17 Nov 21
Like to say thank you to the team who help win the case against the police. Very efficient and professional. I will definitely recommend 👌

Vickie Watson
01:38 12 Nov 21
Great solicitors. Michael was very helpful and friendly and I would like to say thank you for his help. Definitely recommend these solicitors. Thank you 🙂🙂

christine stockwell
07:26 30 Sep 21
Higgs Newton Kenyon Solicitors have been brilliant even through the pandemic, it must be hard to do, they are very informative all the time great value and kind thank you

Frances SJ Finch
10:04 28 Sep 21
I can’t quite put into words how brilliant these solicitors are, they provide a fantastic service and are very gentle when discussing sensitive subjects. Michael has been so incredibly helpful and I would like to send him a massive thanks for everything he has done for me. The receptionist has always also been very polite, friendly and welcoming and I would also like to thank her for supplying a kind atmosphere whenever I have needed to contact the team.

Danny Owen
14:12 09 Aug 21
Highly recommended, I had a claim against the police for an unlawful stop and search and false imprisonment which was has been settled with compensation. I had to put very little effort in and I was kept continually up to date. Vivien Lee dealing with my case could not have been more polite professional and helpful. I won’t be using anyone other than HNK solicitors from now on.

Arome akubo
20:34 04 Aug 21
These guys practically won me some cash from BA data breach case. They initiated it and executed it with utmost professionalism without me breaking a sweat. I fully recommend them without any reservations.

Stephen Johnson
19:02 02 Aug 21
Absolutely amazing helped me get a good result against merseyside police. very quick and professional definitely would recommend them to anyone will use again ..thank you guys

Stephen Stratton
10:09 28 Jun 21
Following repeated violations and data protections concerns by the police I was able to secure a settlement which I am very happy with. Demi and her team were helpful, professional and informative throughout. I would highly recommend contacting HNK Solicitors for initial advice with any legal matters.

Sandra Williams
11:26 23 Jun 21
After a very Violated experience with the police, my solicitor Demi was there step by step, keeping me up to date with everything. If I ever needed Higgs Newton Kenyon I again I wouldn't hesitate to contact them. Thank you.

Jason Patrick
19:46 10 May 21
I would highly recommend this firm. They have acted on my behalf twice now and have successfully won compensation for both cases. They are a very professional team of solicitors with expansive knowledge of the law. If you want a good result with sound honest advice, then this firm is in my opinion one the best and not afraid to challenge injustice.Thank you,Yours sincerelyJason Patrick

Lauren Jade Dougan
12:47 20 Apr 21
This firm is absolutely amazing. I have been so pleased with how my case was handled and the solicitors kept me informed every step of the way. I am also very pleased with the outcome. I would definitely recommend this firm to anybody.

Megan Maloney
14:05 08 Mar 21
So happy with my results worked with Micheal he won my case couldn’t be any more professional at what he does so happy With the outcome thank you so much Micheal .

Jeepaz Creepaz Music
09:45 25 Aug 20
Our go to when one of your artist was wrongfully arrested by the police. They helped us to resolve the issue in a timely fashion.
‹
›
This website uses cookies to improve your experience. We'll assume you're ok with this, but you can opt-out if you wish. Cookie settingsACCEPT
Privacy & Cookies Policy